A writer says a New Zealand government official murdered on Niue 62 years ago has been badly served by history.

New Zealand's resident commissioner in Niue in 1953, Hector Larsen, was killed by Niueans who had escaped from the nearby jail. 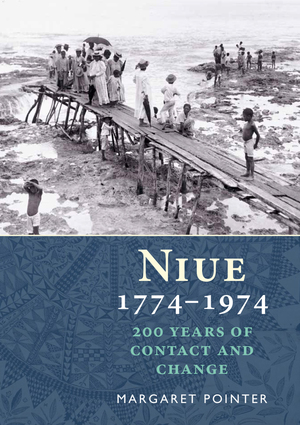 People gather on the wharf at Alofi in 1900 as the governor’s party prepares to come ashore. Photo: Images from: Niue 1774–1974: 200 years of contact and change. Otago University Press

From the beginning there were suggestions Mr Larsen, who held most key posts in the administration, provoked the killers.

This came amid an outcry in New Zealand over the death sentences given the three, which were eventually commuted.

"I think he has really had a bad press. And I think the murder was an horrific event, and since the story was written that he was such a bad man, everybody just accepts that, that that's the truth. And I think there is a lot more to him than what we knew before hand."