American Samoa has marked the 35th anniversary of a plane crash in 1980 that claimed the lives of eight people.

It had clipped a tramway wire spanning Pago Pago harbour as it passed low over the Fagatogo malae.

The crashed killed six paratroopers, a NASA employee, and one person on the ground.

Samoa's head of state Tui Atua Tupua Tamasese who's in the territory for Flag Day and American Samoa's lieutenant governor Lemanu Peleti Mauga laid a wreath at the monument on Thursday. 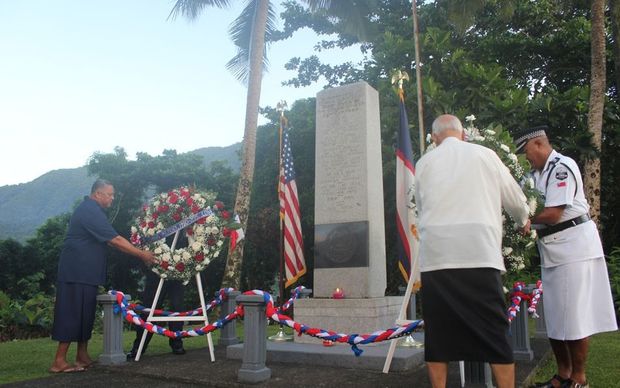