Both clubs suffered first up losses to Team Wellington and Hekari United and need maximum points on matchday two to keep their playoff hopes alive.

Tafea's preparations for the O-League were affected by Cyclone Pam in March but manager Stephen Felix says they still have high hopes to do well.

"Yeah we know it's going to be a very tough game because they also lost their first game so this is a grand final for us, as we see it. We want to stay in the competition and the boys know all about that and they've seen them playing, so they know what they are. Our objectives have not changed: we want to make it to the playoffs and go as far as we can, compared to the last competition, and also bring some happiness back to the fans back home".

Meanwhile the chairman of Papua New Guinea title holders Hekari United, John Kapi Natto, has also labelled their clash with Team Wellington as a must-win game, if they want to guarantee a spot in the semi finals.

"I think whoever wins that gets into the winner of the pool so we hope we do better and Team Wellington also understood that five years ago [when we won the O-League] is a long time [ago] and Hekari is rebuilding but we can't underestimate them and the Island teams believe in themselves that they can do that". 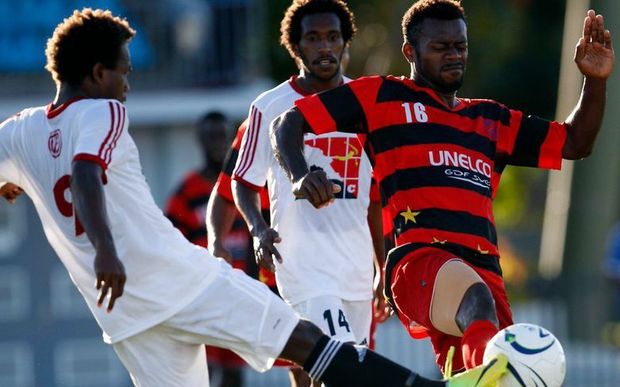