The Niue Government is working with small local businesses to boost taro exports to New Zealand.

The export of taro and coconuts to New Zealand has dwindled in recent years after tourism became the focus of the country's economic development.

Brendon Pasisi, head of Quarantine and the Director of Agriculture, Forestry and Fisheries, says the first exports by air freight went out last week.

Mr Pasisi says at this stage they are exporting in small quantities but Niue's pink taro will have an appeal in New Zealand, where the majority of Niuean residents live.

"I don't think it's any secret that the Niue taros are amongst the, if not the best, taro in the Pacific. We are trying to use that competitive advantage to take some taro out of here." 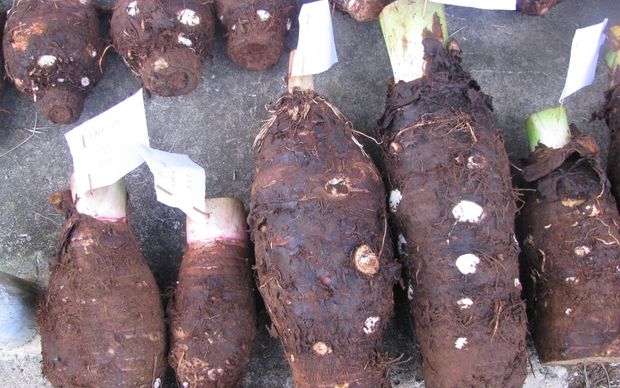