Red Cross staffers from around the Pacific met in Suva this weekend to co-ordinate their responses to Cyclone Pam and other recent extreme weather events. 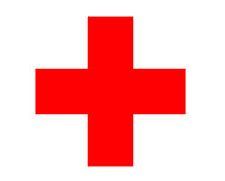 The head of the Pacific delegation for the International Federation of Red Cross and Red Crescent Societies, Aurélia Balpe, said the disasters affected each country in different ways.

As a consequence, she said that after their common roles as first responders, national Red Cross societies were tailoring their input to the extreme weather events to each communitys' needs and contexts.

In terms of recovery from Pam, the IFRC (International Federation of the Red Cross) was hoping to raise $US5.88 million to reach a total of 81,000 people in 13,400 households.

This aid would include relief items such as clothing, help with water supply and sanitation, and involve other assistance identified through additional assessments.

The Vanuatu Red Cross Society's chief executive, Jacqueline De Gaillande, said this weekend's meeting was an opportunity to "learn from each other and ensure that the next steps in the response were as effective as they could be."