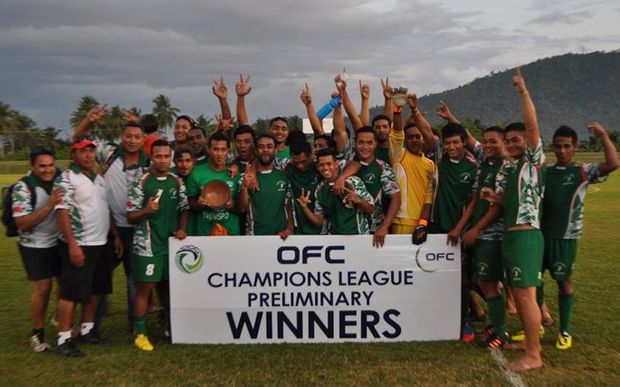 Lupe qualified by winning the OFC Preliminary tournament six months ago and take on AS Pirae from Tahiti in the first match of the tournament this afternoon.

Team President Taimalelagi Fiti Aimaasu says the next fortnight is a chance for them to get better as a football club.

"Our approach to the next stage is the same to how we approached the first step: everything is going to be huge for us, but we're hopeful we have prepared ourselves and the boys enough for that level. Everytime on the field I am urging them that we are expecting a lot more out of them when we get to the next stage. Everything will be rather new to them, and to all of us, but we are hoping to get the experience from it and grow from there."

In today's other Pool A clash, hosts Ba take on Gaitcha from New Caledonia.