A new video has been released of the aftermath of last December's fatal shooting by Indonesian forces of four young people in Papua. 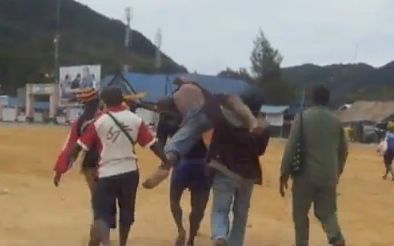 The Minority Rights Group International says the four-minute video, shot by citizen journalists, highlights the need for Indonesia to hold an independent and transparent investigation into the tragedy.

Four unarmed Papuan teenagers were killed and 17 more Papuans were injured when the Indonesian army and police opened fire on a group of peaceful protesters in Paniai.

They had gathered to protest over an earlier incident of violence by the Indonesian security forces.

Both the national human rights commission and the Indonesian police have launched investigations into the incident.

However the police, who initially blamed the shooting on armed ethnic Papuan rebels, have been accused of stymying the investigation.