The vice-president of French Polynesia, Nuihau Laurey, has been expelled from the ruling Tahoeraa Huiraatira Party for defying it by seeking a seat in the French Senate.

His expulsion and that of his fellow candidate, Lana Tetuanui, was announced by the party president, Gaston Flosse - a move expected to be officially confirmed at a party meeting in two days.

This follows the two politicians' refusal to accept a party decision to re-nominate only Teura Iriti and Flosse's son-in-law, Vincent Dubois, as Senate candidates.

The latter two were made Senators last year, but a French court annulled the election, saying that a march by hundreds of Tahoeraa supporters to the polling station on election day amounted to undue pressure on the electoral college.

Mr Laurey and Mrs Tetuanui have announced their candidacies, but they can first be officially registered in 12 days.

The two have the support of the government led by the president, Edouard Fritch, in what has become the party's biggest rift since its 2013 election success when it won 38 of the assembly's 57 seats.

The election to the Senate is done by an electoral college made up of among others assembly members and mayors. 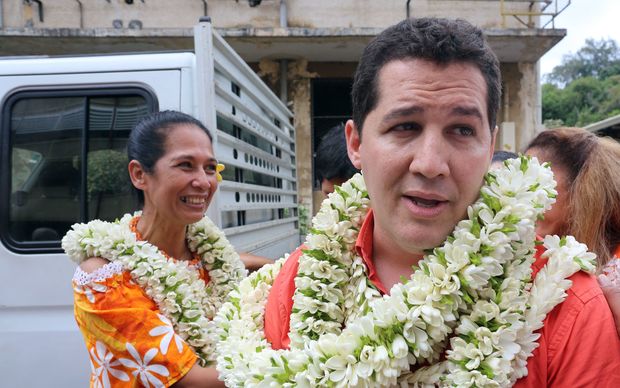