Village chiefs and farmers across Vanuatu say the three months of relief support being implemented by the National Disaster Management Office is too short.

Village elders and chiefs in Mele, Teoma Bush, Mataso, Emae, Erromango and Tanna all say six months to a year is needed for crops to recover and be ready for harvest. 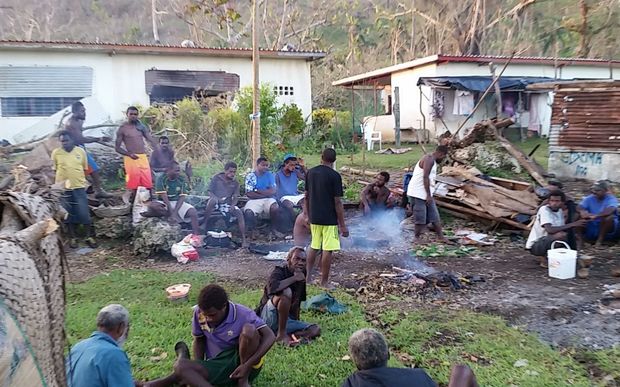 Chief Peter Kakor of Teoma Bush on Efate whose village feeds not only itself but supplies Port Vila says the NDMO's three month support plan will not be enough.

"As a farmer who lives in the bush and who supplies food to the market at Port Vila town. In three months the plants would have only start to grow. Now the hurricane has passed in three months time plants will only have just started to grow back. It will take another three months for food to be produced in the gardens if we replant our gardens. It will take six months, six to seven months"

Chief Peter Kakor lives in the fertile area of Teoma Bush outside of Vila, however on some of Vanuatu's less fertile islands such as Mataso where farmers build terraces in hillsides they are predicting up to a year or more for produce to recover.