The head of the Parties to the Nauru Agreement says claims that the organisation is expansionist and pushing for short-term profits are untrue. 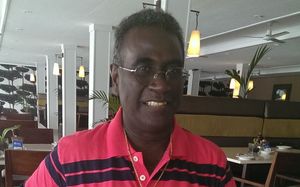 The PNA represents the eight island nations whose waters have the most lucrative tuna fishing grounds in the Pacific.

Its role is to ensure sustainability of the resource.

One of the critics is New Zealand MP Rino Tirikatene, who accuses the PNA of being rude, threatening, shutting out the New Zealand industry and behaving like what he calls Pelagic Czars in the region.

The PNA's Transform Aqorau says claims the organisation is expansionist are quite wrong because the number of days sold to purse seiners over the past four years have been about the same each year.

He says the PNA also has very tight controls on these vessels and as a result, the bulk of what they catch is skipjack - a species whose numbers are healthy.

And Mr Aqorau makes no apology for the higher costs faced by foreign fishing companies, pointing out that for decades tuna caught in the EEZ's of Pacific nations was far too cheap.