The Kiribati government says a boat carrying aid supplies for outer islands worst affected by Cyclone Pam found there was much more damage than initially reported.

A spokesperson Rimon Rimon says at the weekend the boat carrying food, water and shelter arrived at the southern islands of Arorae and Tamana, which bore the brunt of destructive winds and seas.

Mr Rimon says reports from local councils did not paint a full picture of the damage. 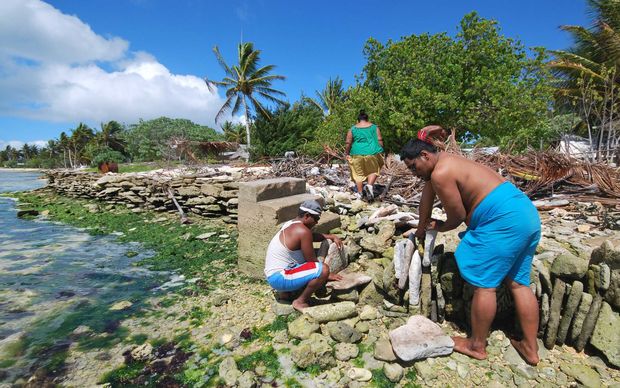 He says hundreds of homes have been destroyed, and about half of the communities on both islands have been displaced.

He says Tamana was the worst hit.

"The damage is much more than what we read on paper. People are trying to relocate further inland and just trying to live with whatever shelter they have there. You can see the magnitude of the effects, the impact that they've experienced, it's quite substantial."

Rimon Rimon says the main concern is clean water and sanitation on the islands.

Kiribati spring tides not as crippling as expected

The Kiribati government says last week's spring tides of almost 2.9 metres were not as crippling as expected.

There was concern the spring tides would leave coastal communities particularly vulnerable, coming after last month's damaging tides and the impact of Cyclone Pam. 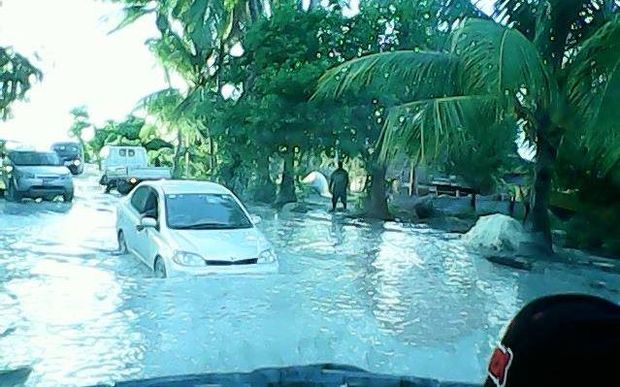 Rimon Rimon says coastal communities had to deal with the usual flooding caused by high tides.

"The spring tide, as predicted, 2.87 metres, that was more than normal. We dreaded the worst, if there the strong winds and bad weather continued. But fortunately that didn't happen. So people were, the usual overtopping and flooding of houses was what was experienced in the last spring tide."

Mr Rimon says recovery work following Cyclone Pam has been made more difficult by the high tides, as a lot of coastal infrastructures were affected.

He says the hospital flooded by the previous spring tide is now running again at its usual location, but much of the equipment has been damaged.