The Vanuatu government says it has food supplies to last up to three weeks and they are currently being distributed. 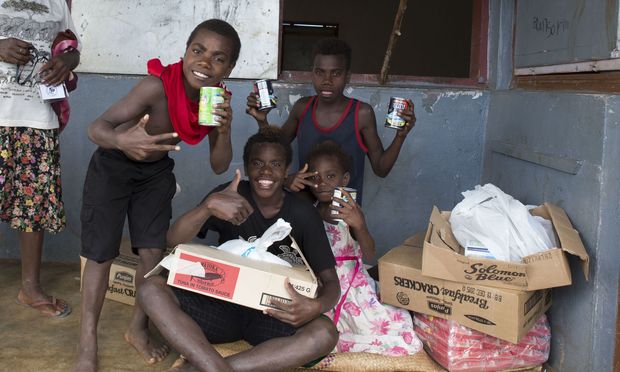 The Vanuatu government has started to mobilise relief aid out from the capital, Port Vila, to the provincial centres, but some critical areas still face a lengthy wait.

Residents in some of the outlying islands, particularly the Shepherds, have expressed frustration at slow speed with which relief has been arriving.

Radio New Zealand International reporter Koroi Hawkins is in Nalema vaillage on Epi in the Shepherd group, where the Prime Minister, Joe Natuman, arrived by helicopter on Monday afternoon.

He said the village had been devastated by cyclone Pam and had no water and only enough food to last a week.

"There's got to be some water delivered here, hopefully some shelter kits and maybe a bit of medicine for the clinic especially," Mr Hawkins said.

He said Mr Natuman told the village that a boat filled with supplies would be leaving Port Vila on Tuesday bound for the group -- a journey of about three days.

The government spokesperson Kiery Manassah says last week, the government didn't have enough supplies to distribute, but says the situation has now changed.

"We have at least 20 containers of food supplies. We have enough rations now to last the next 20 days. We're very confident that the people that have been affected will be receiving assistance. Since yesterday a lot of the outlying islands have received assistance. They loaded one of the local boats here to be travelling to Tanna and Erromango so they should be receiving assistance." 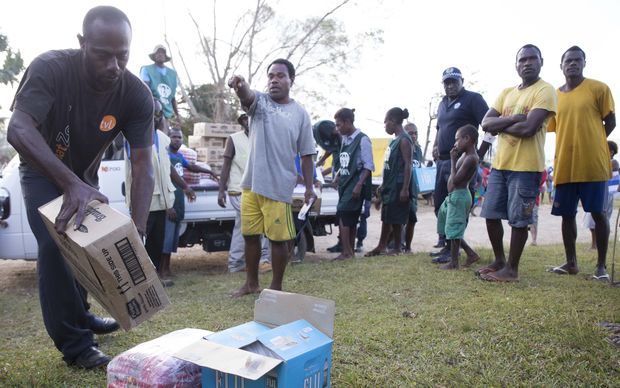 Australia's Foreign Minister has promised the Vanuatu Prime Minister that Australia will stand with his government and people following the devastation by Cyclone Pam.

Julie Bishop made the assurance on a five-hour tour of some of the most devastated schools and Vila Central Hospital in Port Vila on Sunday.

She is the first foreign minister to visit Vanuatu since the storm struck.

Ms Bishop says Vanuatu does not need to look far for a friend because Australia is its next door neighbour. 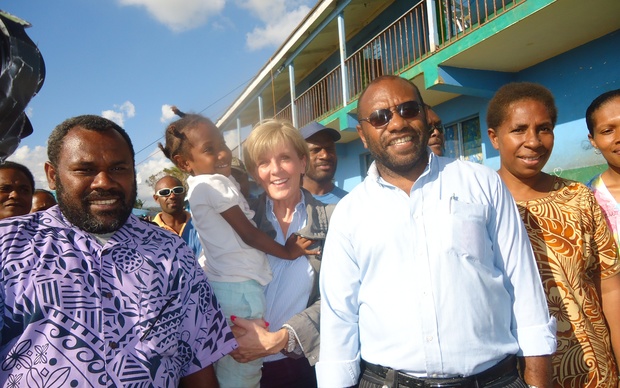 The Minister says Australia has allocated over seven million US dollas for Vanuatu to help non-government organisations distribute emergency relief.

Australia's military ship the HMAS Tobruk has arrived with more assistance including 335 personnel and a helicopter to help in the ongoing operation.

The Minister says Australia has 600 personnel including soldiers and volunteers on the ground helping to rebuild schools, hospitals and government offices.

On Monday afternoon, New Zealand's foreign minister also announced a further US$756,000 (NZ$1 million) to be split between Vanuatu and Tuvalu, which was also hard hit by Cyclone Pam.

He says a 10-person New Zealand Urban Search and Rescue team will be deployed to Vanuatu, to assist with the production of clean drinking water, clearing roads and limited building demolition.

Mr McCully says the US$378,000 for Tuvalu will be used to purchase relief supplies, and to provide agricultural, food security and transport assistance.

The Solomon Islands government has followed the lead of logging companies and raised funds for ni-Vanautu victims of Cyclone Pam.

A total of $128,000 US dollars was raised at charity events organised by the government and the Solomon Forestry Association late last week.

The Fundraising Committee Chairman and Minister of Forestry and Research, Bodo Dettke, who was appointed by Cabinet to organise the appeal, says the victims will be very appreciative of the support.

New Zealand's Flight Centre says more than two thirds of its clients who were due to travel to Vanuatu in coming weeks are rebooking to other destinations in the Pacific.

The international travel company says 30 percent of the 100 travellers who had booked are waiting to see how the recovery effort goes before finalising their bookings.

A Flight Centre spokesperson Sue Matson says Fiji and the Cook Islands are most likely to benefit from travellers changing from a holiday in Vanuatu.

"It's been very, very popular and totally growing and I don't see that changing in future. I think this is just a couple of months' set-back until these hotels and resorts get themselves sorted. For the July school holidays I would suggest it's fifty fifty. By then some of them will be saying, yeh they'll be fine, I know that resort it'll be fine and some are just waiting and seeing."

Ms Matson says in the immediate aftermath, operators and holiday-makers don't want to be an added stress on Vanuatu.