People from the Marshall Island atoll of Bikini say they want to move their population to the United States after decades living in exile because of nuclear testing. 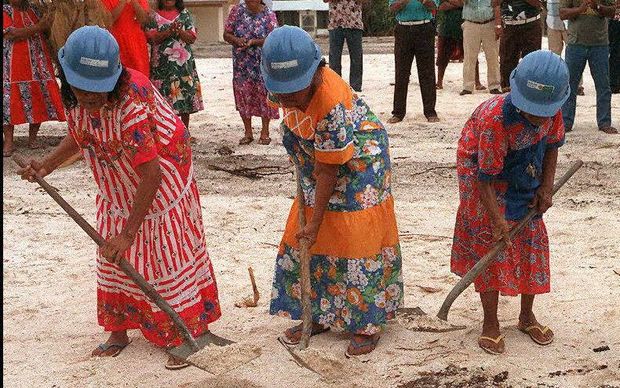 Bikini women return to their atoll after US nuclear weapons tests Photo: AFP

The statement came on the 69th anniversary of their original evacuation from Bikini Atoll which was the site of 24 nuclear tests, including the US's largest hydrogen bomb detonation.

The Bikini Mayor, Nishma Jamore, says his people want to leave both Kili and Ejit islands where they have lived in exile for decades because Bikini Atoll remains too radioactive for safe resettlement.

Mr Jamore says first it was nuclear tests and now it is climate change that is pushing islanders to evacuate their homes.

Increasingly bad flooding from high tides and storms has prompted Bikini leaders to bring up the concern with the US Assistant Secretary of Interior during her visit to Majuro earlier this month.