The President of Kiribati says he fears his country won't be able to carry the cost of the damage caused by natural disasters.

The low-lying island nation has been damaged by the storm generated by Cyclone Pam as well as by spring tides over the last month which have been worse than past years'.

Speaking to international leaders at the World Conference on Disaster Risk Reduction in Japan, President Anote Tong says his country faces economic, social, and cultural costs as a result of the storms.

Mr Tong says Kiribati is seeing a shift in weather patterns as a result of global warming and says it's a grave concern for his people.

Appealing to the international community he says it is crucial to enter into partnerships with developed parties as Kiribati continues to rely on support to reduce disaster risk.

Further springs tides are due for Kiribati this week and look set to continue until Sunday. 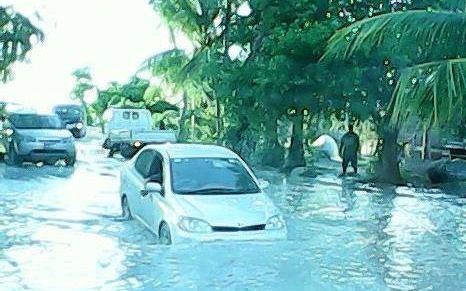