Australia's Foreign Minister Julie Bishop has announced US$3.82 million in initial aid for agencies working in Vanuatu in the wake of Cyclone Pam.

The first supplies and relief workers from Australia arrived in Vanuatu about midday local time after the damaged airport in Port Vila opened to military flights.

Ms Bishop says Australia's initial package of assistance includes funding for NGOs, including the Red Cross and UN agencies as well as relief supplies for up to 5,000 people including water, sanitation and shelter kits.

Australia is also sending a medical team, an urban search and rescue team and a disaster expert.

A crisis response team will boost support for Australian citizens in Vanuatu and co-ordinate the assistance.

An Air Force Orion has also conducted an assessment flight over Tuvalu, which also sustained serious damage from Cyclone Pam.

New Zealand's government has also released an initial US$734,000 in initial aid for the countries affected, which includes $147,000 for Vanuatu, Fiji, Tuvalu and Solomon Islands.

The foreign ministry says New Zealand will make further assessments on how it can best assist the region as better information comes to hand. 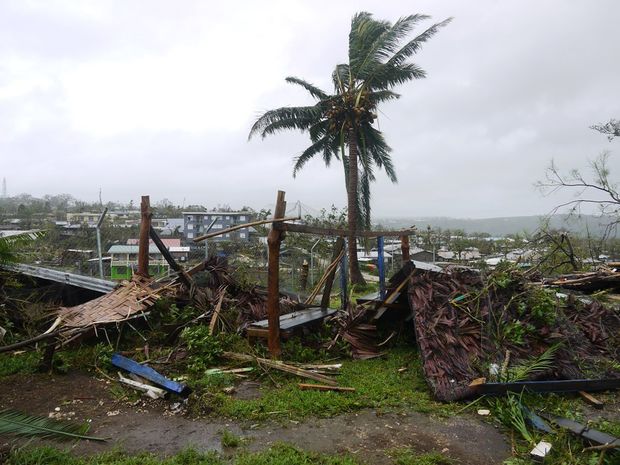 Donations for Vanuatu have also included $2.9 million from Britain, and $1.05 million from the European Union.