The Fiji military has been engaged and troops have been sent out across the country as emergency services step up preparations for the cyclone.

The Land Force Commander, Sitiveni Qiliho, says his men are expected to play a large part in preparation and in any potential disaster response.

Colonel Qiliho says troops have already been sent to 20 locations across the country.

"We have 89 engineers deployed on 14 projects around the two main islands. They are already in position and then we've moved members of our infantry battalion into other areas that we see needs to be covered and also we have a standby element here. We're looking at 250-300 troops on 30 minutes notice to move now."

Colonel Qiliho says the rest of the force has the capacity to move into action within two hours. 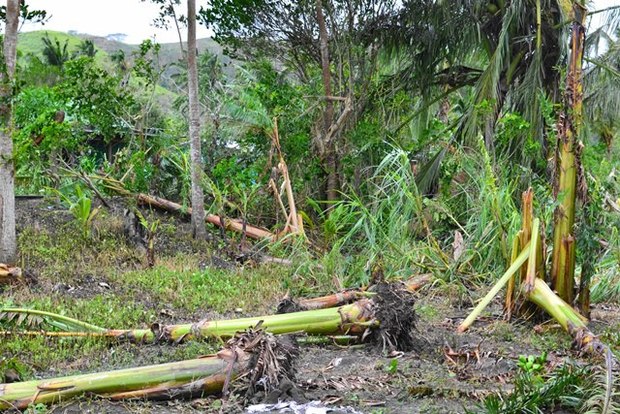 Damage caused by Cyclone Evan in Fiji in 2012 Photo: RNZI