A proposal that would allow American Samoa longliners to temporarily fish within a prohibited area is to be reviewed this week by a group that advises the Western Pacific Regional Fishery Management Council. 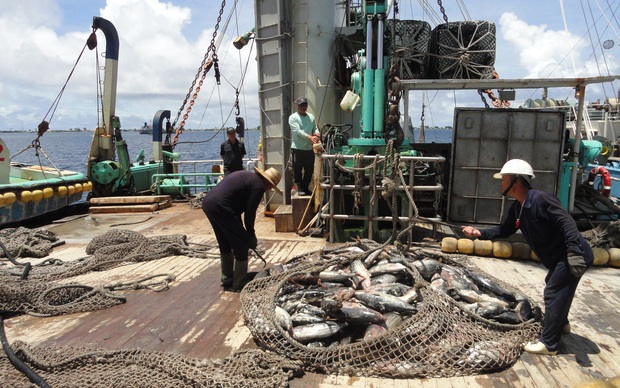 The Scientific and Statistical Committee will consider a proposal to temporarily allow American Samoa longline vessels of 50 feet or greater to operate within American Samoa's Exclusive Economic Zone.

The issue has divided local longline owners, with fears that the exemption would put those operating smaller vessels in the EEZ out of business.

A statement from the Council says the proposed action would provide relief to the American Samoa longline fishery, which has not been profitable for the past several years.

Longline fishermen in these areas believe that an influx of Chinese longline vessels across the region is mostly responsible for the collapse, by reducing regional catch rates and lowering wholesale prices.