Flying Fijians winger Nemani Nadolo accepts he may get a little more attention this season when he pulls on the red and black jersey.

He proved a revelation in the Crusaders surge to the Super Rugby final, scoring 12 tries in 15 games and being nominated for player of the season.

He's in the running to face the Lions this weekend, after a couple of hit-outs for the development team, and says it's good to be back.

"Sort of an unknown quantity last year as a player and knowing this year, with a bit of rep on my back, I've got to make sure I work just as hard. Coming back into the team is just the same as what it was when I first came in - the boys are pretty cool about it.

The most important thing is I'm happy to back and the boys have taken me back in, which is good".

The Crusaders are second last in the Super Rugby standings after losing two of their first three games. 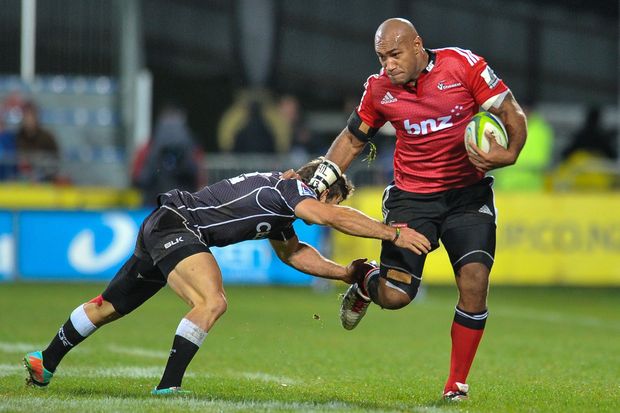 Nemani Nadolo fends off Paul Jordaan during the Crusaders' loss to the Sharks in May 2014 Photo: PHOTOSPORT