A report in Australia says child protection whistleblowers who raised the alarm about child sexual abuse, violence and self-harm on Nauru are being investigated by the Australian federal police. 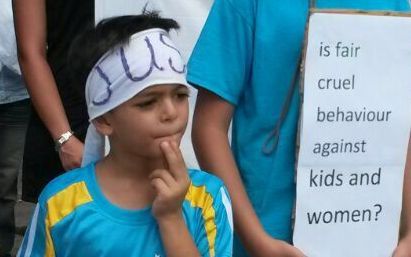 Guardian Australia reports the AFP has been called in by the Department of Immigration and Border Protection to investigate Save the Children staff who anonymously wrote a submission to the Australian Human Rights Commission's inquiry.

That submission said they believed that the children had been subjected to multiple violations of their human rights and wrongdoing from multiple parties.

The submission detailed specific allegations - including names and dates - of sexual abuse of child detainees, violence and bullying of children, suicide attempts by children and medical neglect.

The commission's inquiry has been intensely controversial since its report, The Forgotten Children, was launched last month.

The commission was refused permission to visit Nauru and relied on first-hand professional accounts and testimony from detainees.