New Zealand's Foreign Minister Murray McCully has been criticised for not raising concerns over human rights abuses with his visiting Indonesian counterpart.

Retno Marsudi has been in New Zealand holding talks with Mr McCully who was pressed by other New Zealand MPs to raise concerns over abuses in the Indonesian provinces of Papua and West Papua. 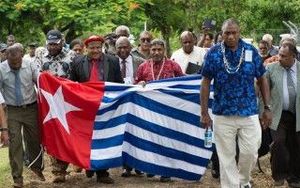 The Greens MP, Catherine Delahunty has raised in Parliament the matter of human rights abuses in Papua and says Murray McCully must communicate those concerns. She said it is hypocritical for the Government to have the 'guts' to address abuses in Iraq while ignoring closer neighbours.

"This is a quiet war against the people of West Papua. It's very disappointing to have on the one hand the government saying we must participate in a war to protect human rights and yet the war in our region, the attack on West Papuan people, they are really not doing anything about it," said Ms Delahunty. 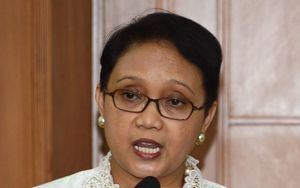 "Papua New Guinea's Prime Minister Peter O'Neill didn't say anything about necessarily wanting a change of sovereignty or anything but he's talking about a voice at the table, I think, of the Melanesian Spearhead Group. And why should that not be granted, because it's very clear that that's what the united leadership of West Papuan leaders want," said Ms Leadbeater.

PNG's Foreign Minister, Rimbink Pato, has confirmed that PNG respects Indonesia's sovereignty, but says there are proper channels to raise concerns, if and when abuses occur. But he confirmed he still hasn't raised the December shooting with his Indonesian counterpart.

"Human rights is clearly a concern to all of us but as to the specifics, it's a matter that we have to deal with case by case. During the meeting I had that was not one of the specific matters that was not one of the matters that was raised on our part, and neither was it raised on the part of the Indonesians, because I did not receive a brief in relation to it," said Mr Pato. 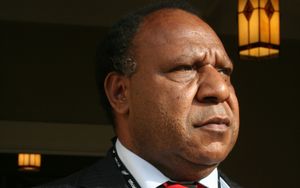 Mr McCully could not respond to requests for comment, but Catherine Delahunty says the Government is facing increasing pressure to take a stronger regional stand.

"The West Papuans are very clear that they are relying on countries like New Zealand as regional neighbours to stand up and say very clearly to INdonesia, you need a peace negotiation with West Papuan leadership, you need to stop allowing the military their abusive control and you need to be prepared to discuss not only human rights but self-determination," she said.

Rimbink Pato says his office will make enquiries and look into the shooting of the school children.