He has also signed the bill creating the Office of Financial Institution to regulate banking activities in the territory.

Lemanu said it was prudent to move forward with the bank given the departure of the Bank of Hawaii, ANZ Bank's limited offering and no other bank willing to invest in the territory.

The government intends to raise $10 million to finance the bank from a bond float.

The bond rating takes place this week in Honolulu, Hawaii.

The bank is expected to open in June. 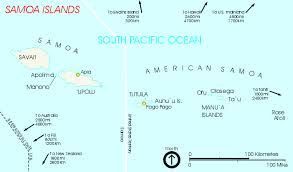