A major forum on China's role in the Pacific Islands has heard that the country's aid programme in the region is becoming more flexible.

The 'China and the Pacific: The View from Oceania' conference has just concluded at the National University of Samoa. 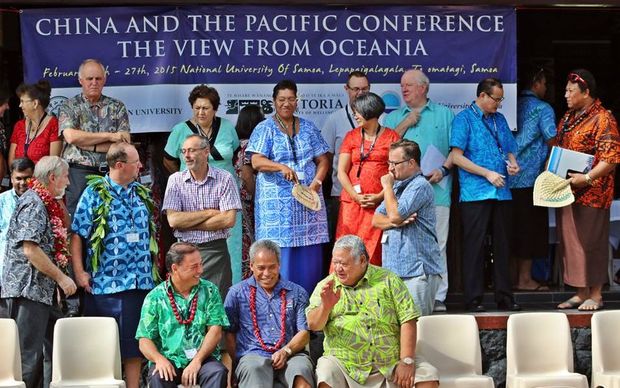 Participants gather at the opening of the China and the Pacific conference at the National University of Samoa Photo: Govt of Samoa

"The Pacific's traditional external powers are still coming to terms with China's increasing level of engagement in the region. In recent years it has rapidly increased its aid programmes to become the Pacific's third largest donor, and has forged a new style of aid delivery, without the agenda attached packages of the likes of Australia. But various complaints have emerged from recipient countries about the quality of China's aid projects, which often come in the form of soft loans. However delegates at the conference recognised that China is learning more about improving aid delivery to Pacific islands. This includes a willingness to work with other donors, such as Australia on malaria prevention in Papua New Guinea, and with New Zealand on a water project in the Cook Islands."