The head of an organic food company in Vanuatu says the amount of food wasted from markets is horrifying.

The Managing Director of Vanuatu Direct, Cornelia Wyllie, says a recent survey of a local market done by a Japanese group Chika found there was 17 tonnes of waste from just one Vanuatu market. 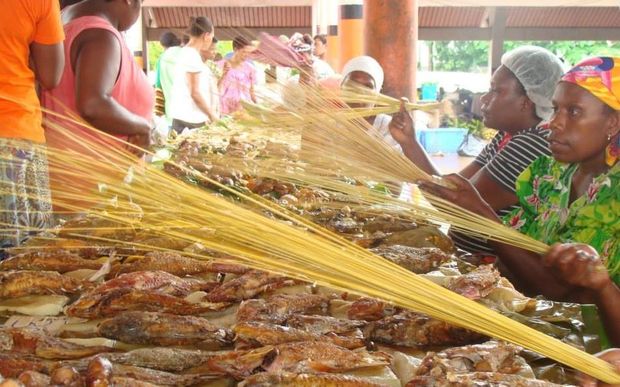 She says it is important to find uses for foods which are normally grown rather than throw good produce away.

"It's like any county, convenience foods are preferred over ones that require a little bit more work. In other words it's easier to cook noodles and rice than it is to peel potatoes."

Cornelia Wyllie says there has been a huge international demand for her company's traditional foods some of which use produce that would otherwise be wasted and reducing food waste is good for the economy.