A teenage asylum seeker who was detained in Nauru is being treated in an Australian hospital after jumping off a balcony at a detention facility last week. 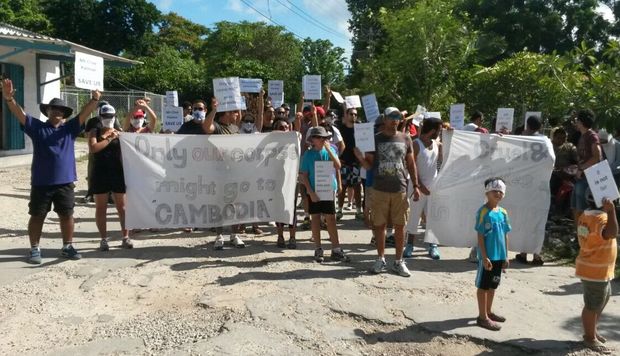 Australia's Immigration Department says the 16-year-old girl was now in a stable condition and had her mother with her.

The ABC reports the teenager had raised sexual assault allegations during her time in detention on Nauru, and those claims are now the subject of a departmental inquiry.

The Immigration Department secretary Mike Pezzullo said he would show a personal interest in following up the case, which was considered attempted self-harm.

The girl had been transferred to Australia in January from detention in Nauru and could be transferred back there.

The incident was discussed at a Senate estimates hearing in Canberra last night.

An immigration official told the hearing there have been 19 cases of reported sexual assault in detention on Nauru in the past eighteen months, five of them involving children.