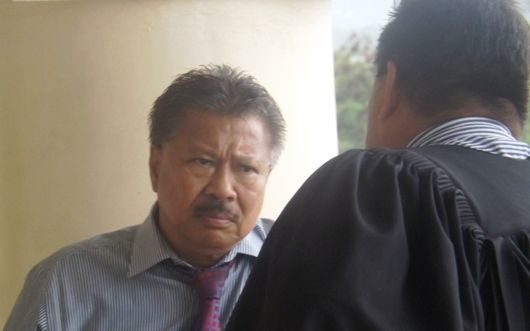 Muagututagata, who resigned from parliament suddenly last week, was found guilty last month on two charges of forgery, following a complaint by the Chinese company in which he is a shareholder.

He was in court today for a pre-sentencing hearing.

His lawyer has called for the charges to be dismissed, a probation report suggested a substantial fine and the prosecution is seeking a substantial jail term.