The president of the Fiji Hotel and Tourism Association, Dixon Seeto, says they are disappointed the first attempt at a casino in Fiji has fallen over. 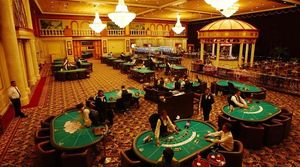 Last week the government revoked a 15 year exclusive gaming licence it issued to the One Hundred Sands casino resort project in 2011.

The $290 million US dollar project was supposed to have been operational in 2013 and has accumulated 1.1 million US dollars in fines imposed by the government after failing to get off the ground.

Dixon Seeto says he is pleased that the government is still planning to push through with plans for a casino.

"You know we would like to see a hotel like that built, most of all the five star inventory and the large conference facility. It was supposed to be operational last year."

Dixon Seeto says the 1,500 seat conference centre, which was part of the casino plans, would have opened Fiji up to a whole new market.