World Rugby says it is 100 percent confident the historic test between the All Blacks and Manu Samoa will go ahead in Apia, following successful talks with the Samoa Rugby Union.

Players threatened to boycott a test match against England last year over concerns about the governance and management of the SRU.

The Union has committed to implementing governance, management and financial reforms, recommended in an independent review and has also in discussions with the Pacific Island Players' Association.

"The reform process had already begun at the time of the players' threatened action in November last year. There's no doubt about it, it did create a sense of urgency. It brought to a head, perhaps publicly, the frustrations of the players, but I think to be fair to the Union they had already recognised the need for reform, by way of commissioning these reports earlier in the year, and the discussions with World Rugby had already commenced on how we would go about implementing those reforms."

Will Glenwright says World Rugby will also be assisting with the recruitment of a new CEO and High Performance Manager at the SRU, following the resignations of Fred Amoa and Tuala Matthew Vaea. 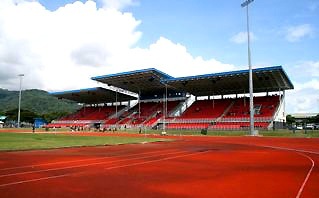