The Fiji netball coach Kate Carpenter says it's a welcome change to have a stacked calendar in front of them as they step up preparations for the World Cup in August.

Fresh from hosting the Oceania Series against New Zealand and Samoa last month, the Pearls take on the Waikato Bay of Plenty Magic in Taupo on Thursday in the first match of the Australasia tour.

It's the first time a Pacific nation has played against a team from the Trans-Tasman Netball Championship.

Kate Carpenter says the matches against the Magic and Melbourne Vixens are ideal preparation for the Pacific Games and World Cup tournaments in July and August.

"It's just great initiatives and incentives from Netball Fiji. Obviously it is a World Cup year, but the ability to put together a really exciting programme and have the funding and support is a huge advantage for us. Given all the last World Cup campaigns usually there's not enough match-play and obviously there's always the recommendation 'more match-play more match-play', because with more match-play we get better so this time it's happening so that's really exciting, really really positive."

The teams will meet again on Saturday, while the Pearls will also face a Magic Development team, the Melbourne Vixens and a Victoria development team later this month. 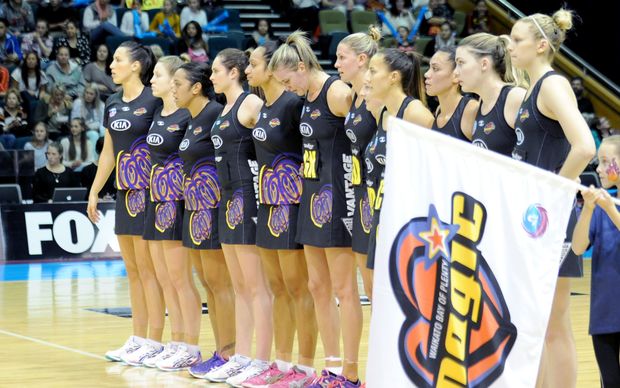 The Fiji Pearls will take on the Waikato Bay of Plenty Magic as part of their Netball World Cup preparations. Photo: PHOTOSPORT