Fiji are a step closer to Olympic qualification following their dominant victory at the Las Vegas Sevens yesterday.

The Pacific Islanders completed an unbeaten three days with a clinical 35-19 victory over New Zealand in the Cup final, their second win over the defending series champions in as many days.

Australia beat England in the Plate final to retain the fourth and final qualification spot for Rio 2016, while Samoa slipped one spot to tenth.

Fiji captain Osea Kolinisau missed the final through injury but says the result means alot after working hard to improving their defence and discipline.

Tabualevu says Fiji can still improve and says they expect the team to finish top. 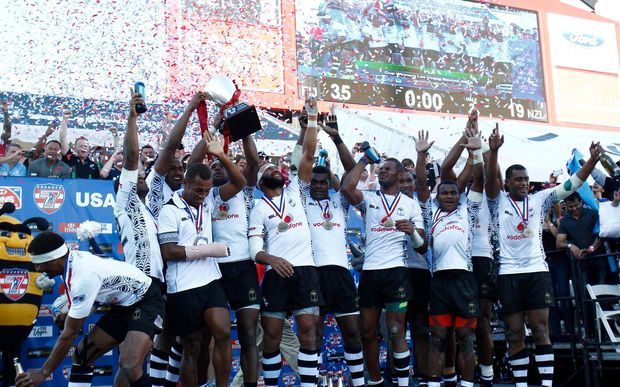