A Solomon Islands community theatre group empowering women to break down taboos around gender-based violence will release a book, documentary and toolkit this week as the two-year project wraps up. 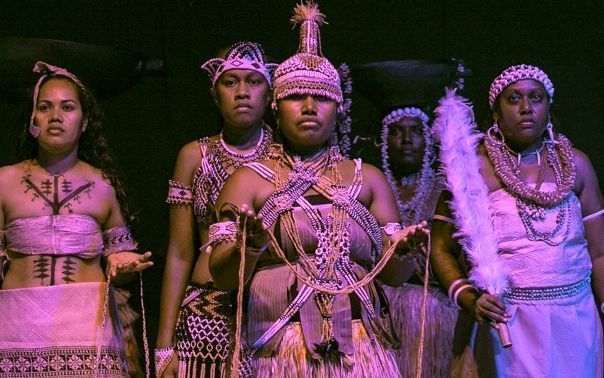 Stages of Change took on 14 women from across the country two years ago, most of whom had never acted before, and gave them the skills to fight domestic violence through acting.

Those involved in the project are determined to keep it going.

One of the Stages of Change actresses, Gloria Konare, from Malaita province, says the project has changed her life.

"All of us were not trained actors, but we have the potential and we have the passion in us to stand up and be part, and feel empowered and advocate for the issue.

"It motivates me a lot. It gives me confidence to stand up as a woman and be able to throw out to the audience the messages that we are trying to put across - that violence is not good, it's not good for the country, it's not good for our people," she said.

Ms Konare says Solomon Islands has one of the highest rates of violence against women and children in the world, but hopes the shows put on by the group are slowly changing mindsets.

"We need a change. It will take time. People will look at this, and they might analyse the shows, and feel like they're part of us, and understand the message towards violence against women." 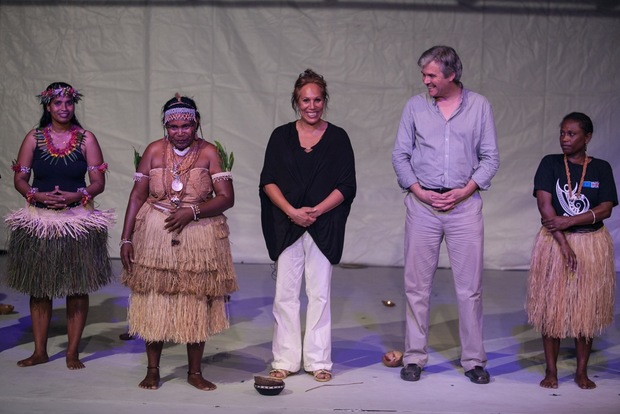 Another actress, Susan Galutia, from Makira province, says when she first joined the group she was nervous about covering the issue of gender-based violence, a sensitive and taboo topic in the country.

But she says over the past two years, she has become more confident, trained in acting and has learnt communication and advocacy skills to speak to people from all walks of life.

Ms Galutia says she had opportunities she would not have had otherwise, such as performing on stages across Solomon Islands, at the Melanesian Festival in Papua New Guinea, and at the Small Islands Developing States conference in Samoa.

"To actually stand in front of many people, just for myself, I never did these things with many people watching. But I've learnt a lot, and it has really helped me and started to give me confidence and boldness to do things I never did in my life before," she said.

Ms Galutia is determined for the show to go on.

She says there is still work to be done, and some provinces in Solomon Islands have not yet been visited.

"That's what we really want. We really want the funders, the EU and the British Council, and whoever can fund us to actually continue. Because we have the courage, and we really want to continue on with this Stages of Change project." 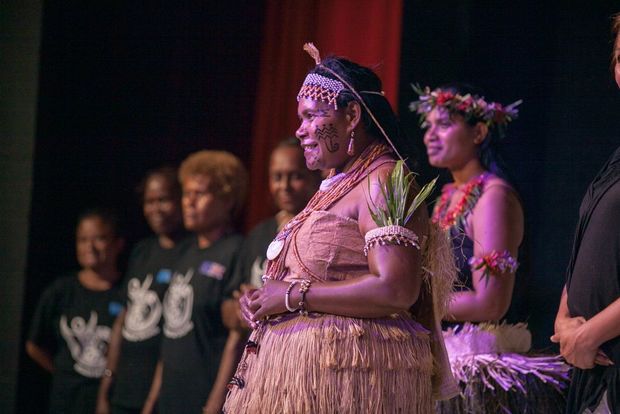 The Project's New Zealand based artistic director, Nina Nawalowalo, says the type of theatre the group produces is visual, not dialogue driven, and aims to engage with all members of the community.

"It's not so confronting to men in the sense of being able to engage and discuss issues relating to violence, and family violence, and all of the reasons why countries and places are in the states they are in, and being able to openly look at the issues without placing blame, I think is the most important thing."

The group will launch a book, called Voices of Violence, on Tuesday, which is a collection of first-hand stories of survivors of violence published in Pidgin and English.

It will also release a documentary, which has been shot over the last two years and follows the womens' journey from initiation as actors to being part of a fully-fledged theatre group.

A toolkit for non-government organistions use will also be released, to assist them using theatre to be able to raise awareness for their work.

Ms Nawalowalo says the launch is a great achievement for all those involved.

"It's going to be a real honour to go and be a part of it, and just close the project in a sense, well, allow it to move on. The key of course is always sustainability, wanting to make sure that the women are able to continue and they're creating a vehicle for themselves."

The project is supported by the European Union, the British Council and British High Commission Office in Honiara.

The British Council of New Zealand country director, Ingrid Leary, says the launch marks the beginning of a new chapter. 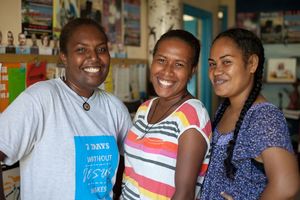 She says the project is not coming to an end, but the challenge lies in working out how to make it sustainable.

"We have a number of ideas. We're speaking with the Solomons government and with other stakeholders as to how we can continue the theatre group. It has reached an international level.

"[It's] the development of the business now that we really need to keep working on. And we've got some strong ideas and some strong indications from people who want to keep it going that we will be able to do so.

"So it will be the end of one chapter for them, which is emotional, but hopefully the beginning of a new chapter as well," she said.