American Samoa has been granted an exemption from a massive industrial dispute at ports on the West Coast of the United States. 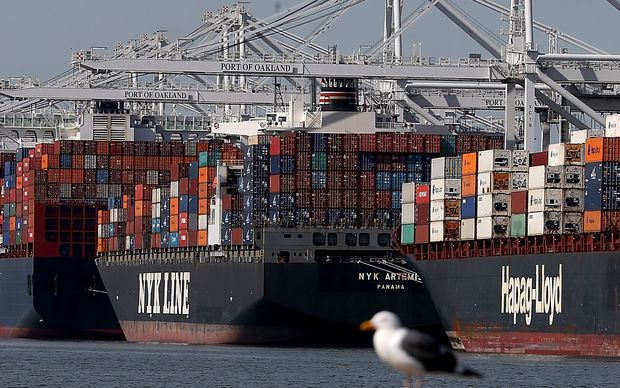 An exemption has been granted for shipments from the Port of Oakland, California to American Samoa. Photo: AFP

A work slow down at West Coast ports has severely affected American Samoa, with the territory facing a shortage of food and other supplies as the number of shipments has been reduced.

The Pacific Maritime Association -- which represents management in the dock talks -- has granted an exemption for shipments to American Samoa through the Port of Oakland.

But the territory's governor, Lolo Matalasi Moliga, wants an expemption for all shipping supplies to American Samoa, similar to that which is extended to Hawaii and Guam in labour disputes that affects the islands.

American Samoa's delegate to the US Congress, Aumua Amata Radewagen says the months-long dispute needs to be resolved swiftly.

"American Samoa almost exclusively relies on importing our food. Right now, our shelves are bare, our people are hungry and the price of goods has skyrocketed."