Samoa taro production is slowly on the increase again as a taro breeding programme introduced there is starting to bear fruit.

The original Samoa taro was devastated by leaf blight fungus in the 1990s, destroying most of the islands taro plantations.

The Secretariat of the Pacific Community funded a taro breeding programme in Samoa which involved more than 100 farmers and several thousand different taro plants.

The programme's Tolo Iosefo says taro products in Samoa are making a comeback after 20 years of rebuilding following the taro blight. 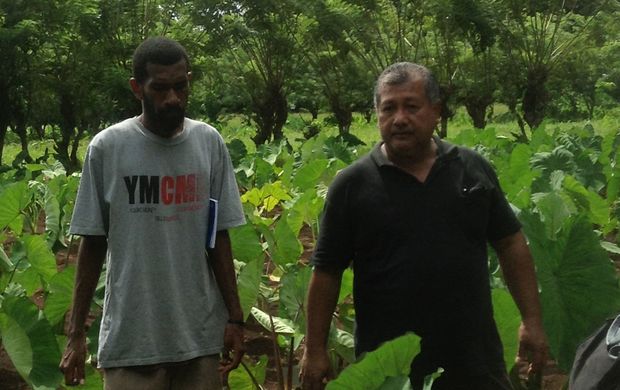 Tolo Iosefa in Vanuatu at the taro research centre in Santo. Photo: Supplied

"After so many years of evaluations and selections and working together with farmers to identify which one is the best one in terms of eating quality so now we come up with some of the very promising tlb (taro leaf blight) varieties and some of these lines are now planted by the farmers and in large scales."

Mr Iosefo says a shipment of these taro was sent to New Zealand and the United States and the feedback has been positive so exports to those markets will be increased.