A high-profile political bribery case in Vanuatu is expected to begin on March the 16th. 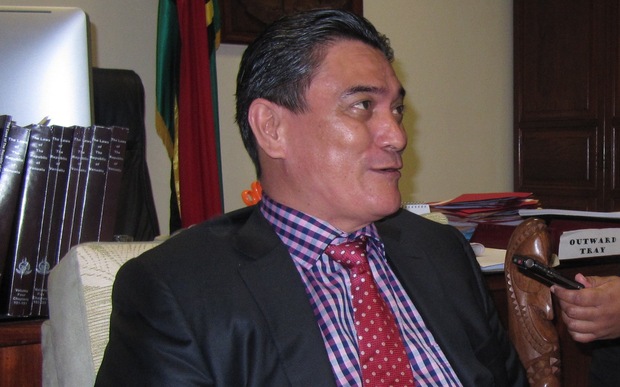 Former Prime Minister Moana Carcasses has been accused of bribing 16 colleagues to support his motion of no confidence in the Government last year. Photo: RNZ

Our Vanuatu correspondent reports the Acting Public Prosecutor, John Timakata, has confirmed the police investigation into members of parliament offering bribes has closed and handed to prosecutors.

The allegations are that the Leader of the Opposition, Moana Carcasses, last year paid 16 other MPs over $9000 US dollars each to join a motion of no confidence in the Government.

The Government suspended the MPs when the allegations came to light, but a High Court ruling said that move was unconstitutional, and the MPs returned in December.

A police source has told our correspondent that prosecutors will argue the $325,000 US dollars came from an account in Singapore, and was paid into Mr Carcasses' personal bank account.