The Papua New Guinea Police minister says laws governing police operations will be reviewed and modified in a bid to make the constabulary more effective and professional. 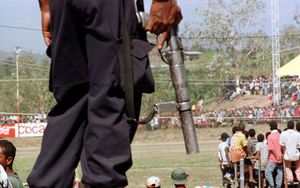 The Post Courier reports a team will be formed to look into police laws within the next six weeks.

Minister Robert Atiyafa says the amendments will be handed to him for presentation to the National Executive Council for approval.

The minister's comments come after a month of turmoil with police involved in a number of violent incidents.

Mr Atiyafa says the review will tighten up laws on the use of firearms.

He says training will also come under the spotlight as the current six month training programme is too short to produce a professional and a disciplined officer.

Mr Atiyafa says the age group for police enlistment will be increased from the current 18 to 25 years.