The Niue government is preparing for the arrival of two baby elephants who will spend time in quarantine on their way from Sri Lanka to New Zealand. 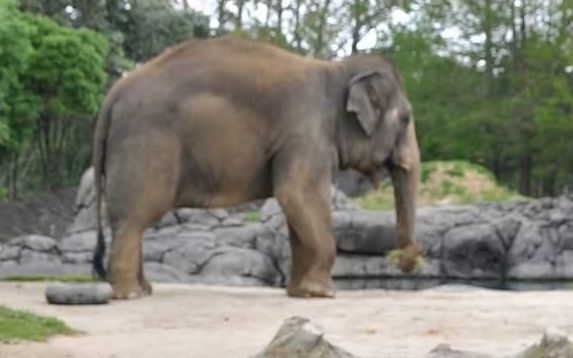 The two elephants will eventually be a companion for Burma (pictured) at Auckland Zoo. Photo: PHOTO NZ

The Government Secretary, Richard Hipa says the new facility is under construction on Crown Land in the village of Avatele and is expected to be finished by the end of February.

He says Niueans will be able to watch the elephants from a specially built viewing platform during their three month stay on the island.

He says preparations for the elephants' arrival has been assessed by a delegation from New Zealand's Ministry of Primary Industries.

"They will be flown in by plane. This is a special arrangement and I think it's a special plane to carry the elephants. I don't believe there's going to be a direct flight from Sri Lanka to Niue, there's got to be some stopovers. But that is what the New Zealand zoo is arranging for the transportation of the baby elephants."

Richard Hipa says the pair are destined for Auckland Zoo and its staff will care for the two new companions for their current elephant, 32 year old Burma, who has been alone since 40 year old Kashin died in 2009.