Tuvalu's education department says it is working to have its medical students complete their internship in Kiribati once they've completed training in Cuba. 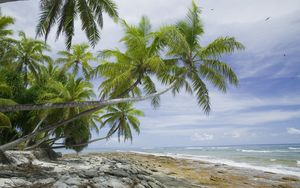 The department's pre-service training officer, Atabi Ewekia, says eight students - who finish their programme in Cuba in September - will start their attachment with the Princess Margaret Hospital, before travelling to Kiribati.

Mr Ewekia told the Tuvalu government newsletter that after assessments, the government found the standard of medical training in Cuba was a bit behind the competency level expected of doctors in the region.

He says the Kiribati programme, which is co-facilitated by Australia and Taiwan, is designed to fill any gaps the medical students have after their training to enable them to become competent and safe doctors.