The chair of the organising committee for the 50th independence anniversary commemorations in the Cook Islands says he is not concerned over criticism of delays and costs. 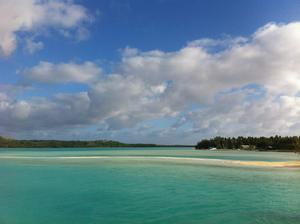 A lagoon in the Cook Islands. Photo: RNZI / Megan Whelan

An anniversary logo and a social media campaign publicising the event have yet to be launched despite more than 370,000 US dollars being appropriated for committee use.

Mr Henry says the 2015 logo will be released soon after delays because of a lack of public input.

Despite this, he says he expects community support to grow.

"The Cook Island community in New Zealand and Australia could not be more excited. Here in Rarotonga they're a little bit more undecided. Those people who are at the coal face and part of some of the events and campaigns, they're excited, but it is a little difficult getting the rest, to get that momentum. I'm not overly concerned about it. We do have a plan, even though that plan has been delayed."