Papua New Guinea's Department of Health says it's confident it can stem a measles outbreak that has reportedly killed six people in a remote region of the Highlands. 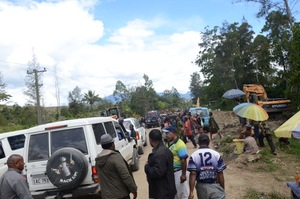 The department has sent a team with vaccines and medicines to respond to the outbreak understood to be in Chimbu province.

He says it's now mostly under control except for various pockets of measles epidemics in remote parts such as in Chimbu.

"The population is moadic and it will be difficult for the health workers but I think actually when you go to a remote place like this, they get a message that health workers are coming, they just come together (to be treated and vaccinated). In the province they've been there before so they've sent a team over there. So I think they'll be over there for a week or two to deliver the vaccines and treat those who are ill."