The search is on in New Caledonia for the gunman who shot two police officers last Thursday. 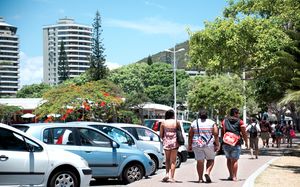 They suffered head and neck injuries when their vehicle was fired upon near Canala.

"The shooting has been condemned by the French High Commissioner who has described the latest attack as extremely serious.

Officials say the offender could face an attempted murder charge.

In the past year, there have been a number of fire arm attacks on police vehicles and several officers have suffered injuries.

Most of the incidents have occurred in the rural north of the main island.

Last month, three people, including a teenager, were arrested for firing at police in October."