The Fiji opposition leader says changes to the party funding system are illegal and have plunged the parliament into crisis. 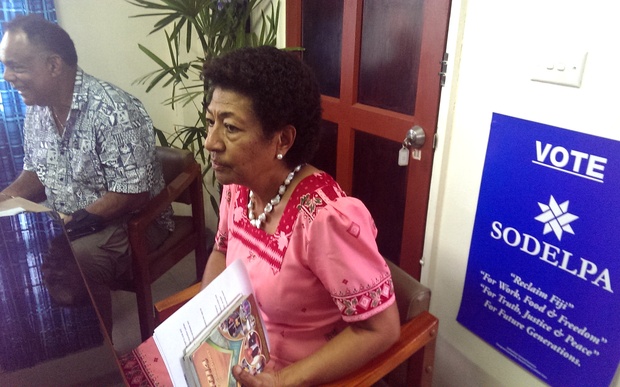 Ro Teimumu Kepa says the Secretary-General to Parliament halted the contracts of six administrative staff in the SODELPA offices under the directive of the Attorney-General Aiyaz Sayed-Khaiyum.

The directive changes the allocation previously given to the parties, and means each party will be given 11,000 US dollars per MP for staffing at their discretion.

Ro Teimumu says SODELPA's needs will likely exceed their allocation and the fellow opposition National Federation Party's allocation will not cover its costs.

She says the changes should be reversed.

"The directive that has been given is that the funding goes to the parties and that is what we do not agree with because according to the decree which is parliamentary decree number four of last year, according to that it is illegal for us to receive funding from any other source except for the members themselves."

Ro Teimumu says the independence of the Secretary-General to Parliament has also been called into question.