A new female representative in American Samoa, Atalina Asifoa of Aoloau, is beginning her term with a call to improve the health care system.

A registered nurse for over 20 years, Atalina Asifoa has worked in the LBJ Hospital and says she is familiar with what works and what needs fixing at the medical facility.

She says she doesn't like politics but her desire to make improvements in the health care system and roads for her district made her run in the last election.

"I have in mind a reformation of the health-care system. I hate to say it, but it's not in line with the people, with the island people. I think that they deserve to get the help that they can get."

Atalina Asifoa's area of specialty is dialysis, having spent many years at the Dialysis Clinic at LBJ as well as mainland hospitals. 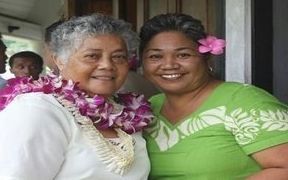