The Papua Police have arrested 13 members of an armed separatist group following the deaths of two policemen and a Freeport employee in Utikini village, Mimika regency on New Years Day.

The two policemen, both aged 22, and the 33-year-old security guard were found dead shortly after carrying out a patrol in Utikini.

The three men were found dead with bullet and machete wounds at the remote Freeport-McMoRan mine in Grasberg. 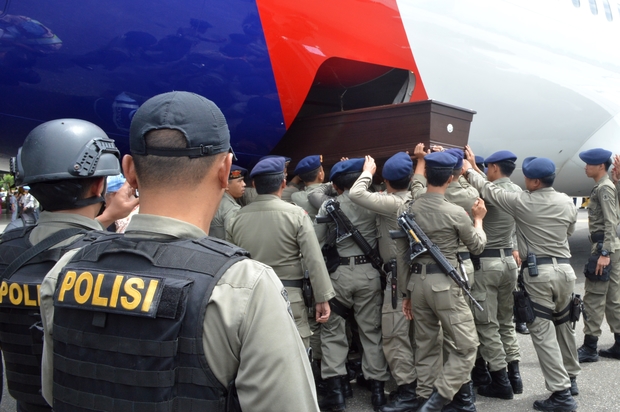 Indonesian police load a coffin bearing the body of a slain policeman on at Timika airport in remote eastern province of Papua in January 2015. Three security personnel were found dead at Freeport Mine. Photo: AFP

Papua Police chief Inspector, General Yotje Mende, told reporters in Jayapura, that a man arrested this week had helped police with apprehending the other members of the group.

He told Tempo.co that police suspect those arrested are part of the group responsible for the attack.

Those arrested are now at being questioned at the Tembagapura Police Station.