The Indonesian police have arrested one of the men suspected to be behind the killings of two policemen and a security guard, near Freeport's Grasberg mine in Papua, last week.

Two policemen, both aged 22, and a 33-year-old security guard were found dead shortly after carrying out a patrol in Utikini, Tembagapura.

The Jakarta Post reports that the three men reportedly suffered bullet and stab wounds, and the police say the area they were found was littered with bullet casings.

A spokesman for Indonesia's National Police, Inspector General Ronny Sompie, says the police have identified the perpertrators, and one of the suspects has been arrested.

Mr Sompie says that the suspected group stole the victims' guns, but he declined to name the arrested suspect and did not elaborate on the whereabouts of the other alleged perpetrators. 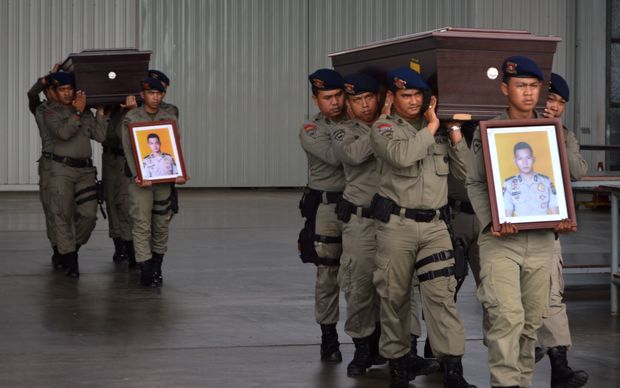 Indonesian police carry coffins with the bodies of the slain policemen found dead after patrolling the Grasberg complex in Papua province. Photo: AFP