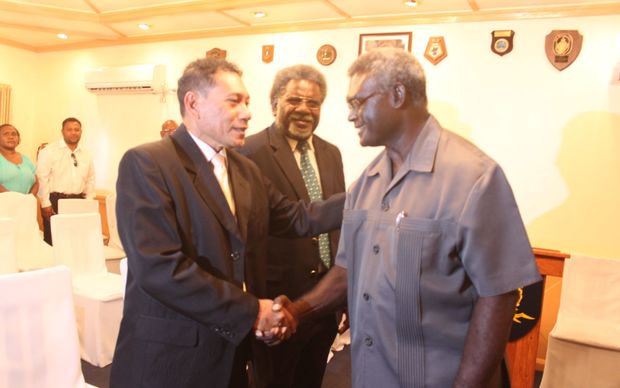 Solomon Islands' new Police Minister, Peter Shanel, says security is only one of many concerns about the closed gold mine at Gold Ridge, in Guadalcanal.

He was sworn in yesterday, along with the new finance minister, Snyder Rini, after the prime minister had struggled for a week to fill the posts.

Mr Shanel, within whose constituency the Gold Ridge mine is located, says he is aware its owner wants more security at the site, but he says this is just one of the considerable problems facing the mine and nearby communities.

"I think there's a number of issues up at Gold Ridge, the issue of social problems there, unruly behaviours. We also have the problem of the tailings dam, we also have the illegal miners there to that we, once the mine is, we know who is going to come and operate, we'll be able to try and settle that."

Gold Ridge's Australian owners have pleaded with the government to help it take action to ensure there is no overflow of the mine's tailings dam, which it says could cause environmental damage and threaten lives.