Separate investigations into the illegal transfer of $1.2 million US dollars from an American Samoa Government account to an unknown Vietnam account, has confirmed that Vietnam was not involved in the act. 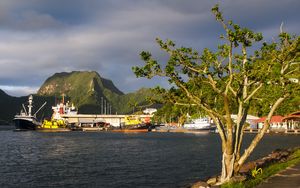 In August 2011, the local government discovered the illegal wire transfer of funds to an unknown account at the Vietnam International Bank, where the money has remained frozen while the Federal Bureau of Investigation and security officials in Vietnam launched their own investigations.

Congressman Faleomavaega Eni Hunkin says over the weekend the Vietnamese government informed his office that the $1.2 million will be returned very soon to American Samoa, with all investigations - both by the FBI and the government of Vietnam - now complete.

It's unclear at this point as to when the money will be returned to the territorial government.

The $1.2 million was part of federal grant money.