A nomination for Prime Minister of Tonga has been submitted to Parliament, as MPs continue their horse trading before they sit to elect the leader. 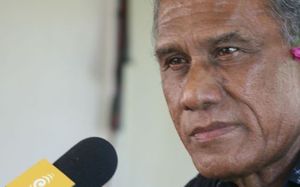 The Chief Clerk of the Tongan Parliament, Gloria Pole'o, told Matangi Tonga the nomination was tabled by the People's Representative for Ha'apai, Vili Manuopangai Hingano.

The 26 MPs will vote in a secret ballot to decide who will be the next Prime Minister,

A group of seven independent People's Representatives said last week that they and the nine nobles had agreed to nominate the current caretaker deputy Prime Minister Samiu Vaipulu.

A second nomination is expected to come from the ten elected members of the Democratic Party of the Friendly Islands, led by 'Akilisi Pohiva.

The deadline for nominations is 4.30pm today, after which an election date will be named.