An academic following Pacific relations says Fiji has made new allies in the past eight years and the political landscape has changed. 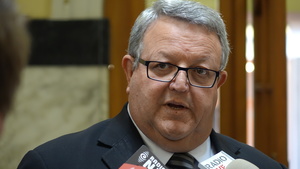 Mr Brownlee's trip to Suva follows a list of recent visits by top military representatives from France, Britain, Australia and the United States.

The University of Fij's Director of the Centre for International and Regional Affairs, Richard Herr, says old allies cannot expect to pick up where they left off.

"As Fiji itself has made the point, in the eight years during the military sanctions on Fiji, they have made new friends and the military spokesperson for the Fiji military has made it clear that they are not going to abandon new friendships for the sake of the old ones."

The University of Fiji's Richard Herr.