The Papua New Guinea prime minister, Peter O'Neill, says the people of Western Province are to be given one third ownership in Ok Tedi Mine Ltd.

In a statement, the National Executive Council says it approved the free transfer of equity in Ok Tedi after consultation between landowners, the governor, Western Province officials and the national government. 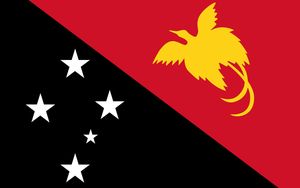 It says the balance will be held by the people of PNG through the state.

Mr O'Neill says the decision is fair and just, and it will be of great benefit to the people of Western Province following decades of neglect.

The announcement comes amid ongoing controversy with PNG's Sustainable Development Programme which is disputing the right of the government to assume complete control of the 63 percent share of the mine SDP had held until a little over a year ago.

The SDP, which is chaired by former prime minister, Sir Mekere Morauta, is suing the government in the courts in Singapore, where the SDP is registered.