Reports say Haiti took precious china and silverware from the presidential palace after Flosse lost office and took most of it to their home.

The items were found in a search of their home.

The pair risk a sentence of seven years in prison and a 130,000 US dollar fine.

On Friday, Flosse had been detained by police for questioning over the missing items.

Haiti was also detained and questioned on Thursday about the missing public property.

Flosse, who lost office because of a corruption conviction in September, had told local radio that before alleging his partner is a thief the facts should be checked.

He said he had bought the items in question with his own money.

Last weekend, he said he was unduly pursued, citing a probe into claims that he is unlawfully employed at the territorial assembly by his own party.

Flosse said he worked for free and both painted and furnished the assembly office he occupies with his own money. 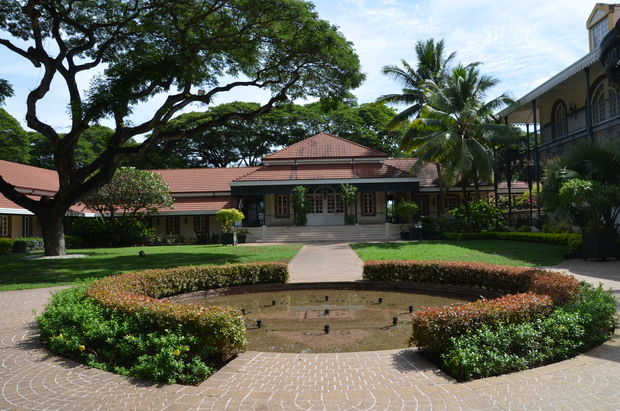