The governor of American Samoa, Lolo Matalasi Moliga, says the number one priority for the administration is to protect the two canneries in the territory. 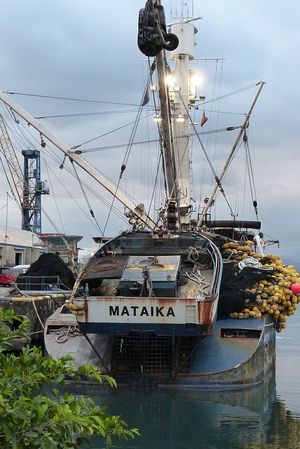 These concerns were raised following reports on the dwindling tuna albacore stock at the meeting of the Western and Central Pacific Fisheries Commission, or Tuna Commission.

Also troubling for the territory, is the 2015 South Pacific US Tuna Treaty, which has reduced fishing days for US tuna boats that supply the canneries, but raised the cost of licences.

The governor was briefed on the Tuna Commission's failure to take action to preserve albacore stock.

"American Samoa should not be left out, we should have a voice in that decision making process when it comes to ocean resources and so forth...as far as we are concerned, out number one priority is to protect the two canneries that we have, that's probably half of our economic base."